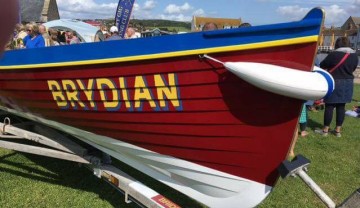 Steeped in history and naval tradition, Cornish Pilot Gig Racing is a rapidly growing sport that has swept the south coast of England and beyond. Historically Cornish Pilot Gigs would race out to win the business from visiting tall ships and pilot them into harbour; they were also used as lifeboats with hardy gig crews often being the only assistance available to stricken shipping. Situated at West Bay on the stunning Jurassic Coast; Bridport Gig Club was founded in 2007. We have five gigs and regularly race at regattas in the South West of England.